On April 3rd 2019, Year 12 students Annalise Smith and Sabrina Phillips-Brash represented Elwood College students and the Macnamara electorate’s youth, speaking of federal inaction towards climate change at the Macnamara Candidates’ Forum on Climate Change and Energy at the St Kilda Town Hall in front of an audience of more than 500 people. This forum was a chance for Macnamara voters to directly question the candidates of the three major parties, Liberal, Labor and Greens, on these pertinent issues in a ‘Q&A’-like fashion.

Annalise and Sabrina closed the night “passionately and eloquently”, admonishing the present government for shifting their focus from “actual progress” towards stopping climate change and reiterating the urgency of the climate crisis. 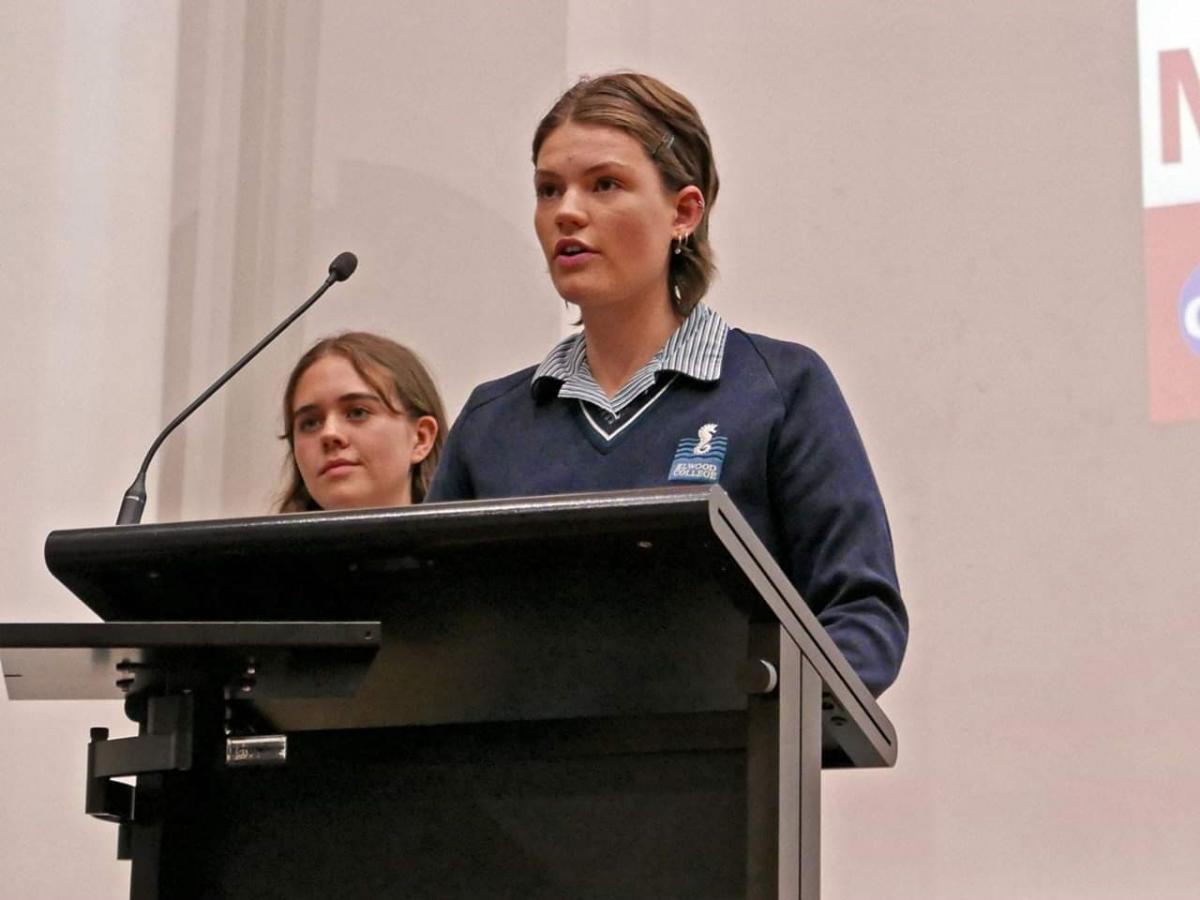 Annalise bewailed how “it has been extremely disheartening to see any attempts made over the past few years to address our climate crisis being dismissed with childish fear-mongering and cheap publicity stunts”.

She was met with applause after saying that “when our Prime Minister preferred to bring a lump of coal into Parliament rather than acknowledging the scientific facts, it became clear to our nation’s students that our government desperately needs to grow up.”

Sabrina stressed that “it’s been our hottest summer on record”, with many natural disasters indicating the severity of the issue and Australia’s dependence on the “outdated fossil fuels industry”.

“As someone who will be voting for the first time in the upcoming federal election, I represent your new target audience, and a generation of voters who will approach the ballot with climate action at the forefront of our minds.”