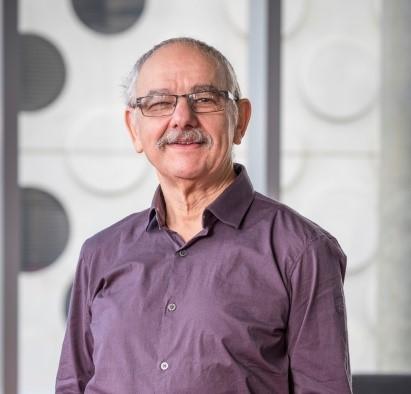 “I remember Elwood High very fondly and had a lot of really committed teachers. Mr Whitehead, our English-born drama teacher had worked as an actor with the Royal Shakespeare Company, and history teacher Mr Pittock was wonderfully engaging and took a warm interest in students.

“The Principal at that time, Mr Powell, took a hard line on uniform and made us sign a paper to say that we would wear our grey caps to and from school. I remember I kicked a football into the Elwood Canal one day and had to wade through the mud in the canal to retrieve it. My uniform was so dirty I was made to go home to change and then come back to school.

“I was not at all a sporty type and I remember that one year the Cross Country was at Dendy Park and there were others like me who worked out that we could take a short-cut through the course. The teachers never seemed to work that out, maybe it was because we surprised one teacher who was off having a quiet smoke.

“I also did not enjoy the woodwork classes and remember that the teacher was so poor at supervising us that he did not notice that we used to rub out the existing marks he had given us and write in our own in his mark book.

“Like many other students in the school at the time, my own parents were Holocaust survivors and met in a displaced persons camp in Germany in 1949. They then migrated to Israel and my father fought for the Israeli army in the 1956 Sinai campaign. I was born in Israel and we all came to Melbourne in 1957 where Jewish Welfare looked after us and found us a shared boarding house in St Kilda. I started Grade 1 at St Kilda Primary School and then went onto Elwood Central where I met others who became lifelong friends and attended Elwood High with me.”

Aaron was in the first ever group of Materials Engineering students at Monash University, worked as an Engineer at BHP for 10 years and then became a Senior Lecturer in the Faculty of Science, Engineering and Technology at Swinburne University.

His research interests are in engineering and technological education and experiential learning.

In 2009 he won the Swinburne Collaboration Award and in 2007 won the National Carrick Citation Award for Australian University Teaching.