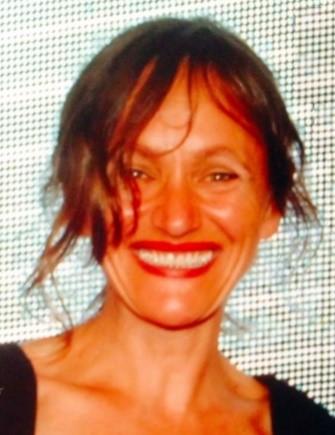 I grew up in a Greek family under the Apartheid regime in Johannesburg, South Africa and arrived in Melbourne in 1980 when I was in Year 9. I knew nobody at all and was keen to go to Elwood High, the local school. I was an academic student and my parents wanted me to go to Mac.Robertson Girls so I sat the entrance exam and was accepted.

I got my parents to promise that if I did not like Mac Rob after a year, then I could change to Elwood High. I didn’t feel comfortable at Mac Rob and, struggling to find myself as a brand new immigrant, I arrived at Elwood High in 1981 in Year 10.

Even as a 15 year old, it was so important for me to have a sense of belonging, a sense of home and community and I slowly built this at Elwood High.

I studied Pure and Applied Maths and the sciences, even though I loved English, and completed an Applied Science Degree at Monash University. After graduation I got a job with the NAB as a computer programmer and found this completely uninspiring.”

Andrea’s cousin was a Film Editor in South Africa and helped her get a job as a runner on a feature film and so began her lifelong love of film and film production. In 1995 she was the producer on the award-winning feature film “Born Wild”, shot in African game parks and starring Brooke Shields and Martin Sheen.

After 12 years of living and working in Hollywood and South Africa, she returned to St Kilda, Australia with her partner and young children in 1999.

She continued work as a film developer, writer, producer and executive producer and in 2006 was producer on the acclaimed Australian film “The Jammed”, directed by Dee McLachlan.The film was nominated for seven AFI Awards, four FCCA awards and six IF Awards, winning for best feature film, best script and best music.

Andrea suffered a massive, near fatal brain aneurysm in 2011 and she had to struggle to rediscover passion and happiness in life. During her recovery she studied a Masters in Screen Business and in October 2016 delivered a TEDxStKilda talk on her battle back to health (see Link below). Andrea’s message in the TEDtalk, filmed at Elwood’s Phoenix Theatre, was that we “don’t always get the fairy-tale ending we’re looking for, but that doesn’t mean we haven’t succeeded”.

Andrea remains a passionate advocate for students attending their local, state school and her two children Liam and Sierra McLachlan both attended Elwood College for all of their secondary schooling.

Challenging the myth of the Happy Ending/Andrea Buck –YouTube: https://www.youtube.com/watch?v=iX083d3R9qo&feature=youtu.be