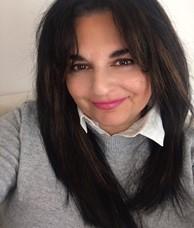 Chrys Phillips is a director, producer and author, and in 2021 made her feature film debut as a director with “Madison and the Happiness Jar”. In November 2021, this film was nominated for Best Direction in a movie made for TV, in the annual Australian Director’s Guild awards. Chrys went on to direct her second feature film “The Rise of Billy Jones”, which will be released in 2021/22. Chrys came to notice as a writer and director in Australia in 2018 – 20 when her TV Drama Series “Counter Play” was aired on the Nine Network and worldwide on streaming platform Amazon Prime.

Chrys was born in Sydney and came to Melbourne as a 15 year old to live with family, who lived in Elwood. She started at Elwood High in Year 10 and “loved every second of (her) high school experience”. She felt very much at home with the multicultural nature of the school and remembered the students to be “inclusive and not prejudiced”. She was an enthusiastic cast member of the school production “Runaways”.

She found the teachers to be friendly, relaxed and supportive and she particularly remembers Mr Handscombe, the Geography teacher who “made (her) laugh”. She loved the Seniors room at the school and worked hard to achieve good academic results.

She was accepted into an Arts/Law course at Monash University; but unfortunately, without family and income support this was just not possible for her to take up.

She secured a cadetship with the Melbourne Times as a copy writer and when her daughter was born some years later she set up the Bayside Theatre Group for young people with limited means, in a School Hall in Sandringham.

Chrys always loved reading books and writing stories and watched a lot of old Hollywood films when she lived with her grandfather in Sydney. In 2010, she turned her hand to writing a series of children’s fantasy books called “Magic Wars”. An agent in LA became aware of this series and Chrys began collaborating with his agency TruBlud who sponsored her when she arrived in LA with her daughter in 2012 A chance meeting on the street with a crew member who was filming the US TV show “Revenge” helped her to pitch some scripts and write some screenplays.

In 2015, Chrys and her daughter returned to Australia to work on two seasons of an Amazon Prime series “Counter Play”; written and directed by Chrys, with her daughter Mikaela as the star; before returning again to LA in 2018.

Chrys returned to Australia in 2020 and now lives on the Gold Coast with her daughter.