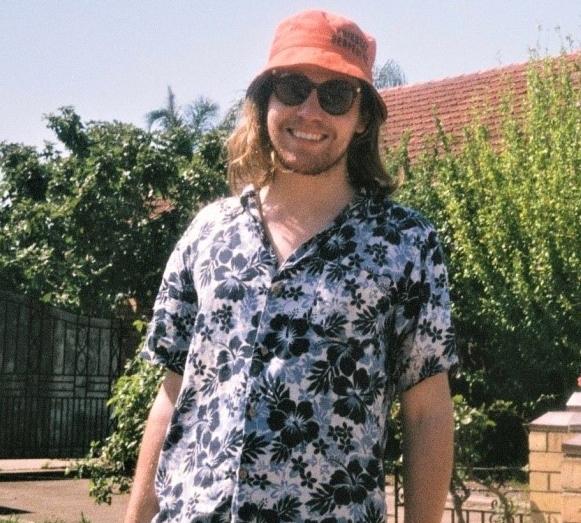 Declan performed in every single Elwood College annual production from Year 7-12, also emceeing a number of Talent Nights and writing original scripts for several House Performing Arts productions. The Dux of his VCE year in 2012, Declan completed a Bachelor of Arts (Screen and Cultural Studies/English and Theatre Studies) at the University of Melbourne, where he also directed and acted in many student theatre productions. He then went on to complete a Master of Fine Arts (Installation/Video Art) at RMIT. In 2018 he returned to Elwood to direct student Harry Stone’s play ‘Taletellers’, following up with the pirate musical ‘Skulduggery’ the following year. This year he is directing the robot musical ‘SINGULARITY!’, which was co-written with two other students from his year 12 cohort at Elwood College

Declan believes that being involved in the creative and performing arts at Elwood College was the absolute highlight of his time at the school.  He noted that the school productions and talent nights provided students with a safe and respectful environment for developing skills and talents and an opportunity to meet students from across the year levels. These very collaborative productions, he said, taught him about the “value of art” and how creative endeavours bring people together. Rehearsals were also a whole lot of fun and were a great way to escape from any VCE stress.

Declan has no doubt that it was the strong, community culture of the school and its relatively small size which meant it was easy to make friends; with students in one’s own or other levels. He brands long-serving drama teacher Matthew Green as his “guardian angel”, having provided inspiration and advice both during his school years and afterwards. His own directing style draws from his memory of the school productions, where Matthew created a fun environment and treated students as individuals with their own perspectives. He also singled out his Year 11 Literature teacher Rowan Freeman, who stretched the “literature hungry” students with challenging texts and creative exercises.

In Year 9, Declan won a place at one of Melbourne’s selective state schools, but after a school tour noted that the culture there was rather “austere and serious” and that the more relaxed Elwood College and its excellent teachers were more to his taste and, he believes, prepared him well for entry “into the real world.”

At the University of Melbourne, Declan acted in a number of plays and further explored his interest in directing and devising his own projects. During the Mudfest Student Arts Festival in 2015 he directed the collaborative project  ‘____day Night’s Dream’, which featured friends and fellow alumni Iryna Byelyayeva and Daniel Holmes. This show won the festival’s Fringe Prize, which led to a sold-out, reimagined version being staged at the 2016 Melbourne Fringe Festival. Both creative writing graduates, Iryna and Daniel contributed original work to both of these shows and went on to collaborate with Declan on the book, lyrics and music of ‘SINGULARITY!’

During his time at RMIT, Declan helped run several exhibitions through his role on the committee of Coalesce ARI, and was invited to create a site-specific installation work for the RMIT Artland program during the 2018 Melbourne Fringe Festival. For his final exhibition as part of this course, Declan created an eerie network of live security camera feeds and personal data, exploring the cross section of surveillance and identity on the internet. For this work he received a graduate student prize awarded by Lowensteins Art Management.

Declan is looking forward to directing ‘SINGULARITY’ in 2020, and relishes the idea of working alongside students to develop their acting skills and stage presence, while also providing them with a formative life experience. He wants to also provide a pathway for other alumni; such as those who have co-written the production, to hone their skills in writing, production and stage management.