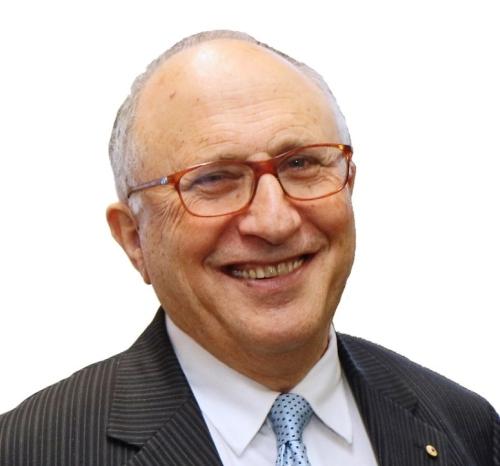 Colin is an academic and researcher, and completed an Arts degree and Masters at Melbourne University and then a PhD at Columbia University in New York from 1966 – 1969. He was a politics lecturer at Latrobe University from 1969 – 1975 and a senior political science lecturer at Monash University from 1976 – 1998, specialising in Middle East and Public Policy. He has served on government boards and advisory councils including the Federal Government’s Council for Multicultural Australia (2000 – 2006) and the National Library Board (2001 -2006). Since 1998 he has been the Executive Director of the Australia/Israel & Jewish Affairs Council (AIJAC) which represents the interests of the Australian Jewish community to government, politicians, media and other community groups and organisations through research, commentary and analysis.

In 2001 he was awarded a Centenary Medal, an award which acknowledges those who contributed to the success of Australia’s first hundred years as a federal nation. In 2006 he was awarded the Member of the Order of Australia Medal (AM)  for his service to the community through executive roles with a range of Jewish organizations, to the advancement and promotion of multiculturalism and to the academic discipline of political science.

Colin grew up in Elwood and after early years at Elwood Primary School moved to Mt Scopus in St Kilda Road for grades 2 – 6. He then returned to Elwood Central for Form 1 and 2 (Years 7 and 8) before moving into the brand new Elwood High in 1957. He loved the Elwood environment and enjoyed its sports amenities including the Elsternwick Golf Club; he and his brother played 9 holes of golf there many days after school.

He has very fond memories of his time at Elwood High and says that he often reflects “on those days as golden times”. He remembers enjoying the regular school assemblies, the cream buns sold at the canteen, the multicultural nature of the school and the high quality teaching in “old fashioned form”. He particularly enjoyed English and History classes and the Geography classes with teacher Mr Radvansky.

He found the school environment to be very harmonious with no serious tensions between students, no bigotry or racism and no anti semitism. In this sense the multiethnic nature of Elwood High was an example of “true multiculturalism” and the school culture was not only “ahead of its time” but “stood (him) in good stead” for his future career as a lecturer, researcher and promoter of Australian multiculturalism.

Colin was a very keen basketballer, and played for school teams, as well as Montague YMCA  and AJAX Maccabi, with whom he played in various junior Victorian and Australian competitions and provided an opportunity to travel to events held around Australia. He was very excited to attend the gold medal basketball final between the USA and Soviet Union at the 1956 Melbourne Olympic Games; at the Exhibition Building, which was won by the USA.

In Year 12, he moved to Melbourne High, as Elwood did not yet offer a Year 12 class, and then onto an Arts/Law undergraduate degree and Masters at Melbourne University before taking up a fellowship to complete his PhD at Columbia University, New York ,between 1966 and 1969.

In 1997 Colin was invited to join the inaugural board of the National Multicultural Advisory Council and was on the executive of the National Library Board of Australia from 2001 - 2006.

He was President of Australian Academics for Peace in the Middle East (AAPME) which was a non partisan community of scholars , committed to promoting honest, fact-based, and civil discourse, especially in regard to Middle East issues.

In 1998 he took over the Executive Director role of the Australia/Israel  and Jewish Affairs Council, (AIJAC) and remains in that role in 2020. AIJAC is the Australian Jewish community’s leading public affairs organisation, which publishes the Australia/Israel Review and contributes to informed discussion about the Middle East and implications for Australia and Asia.

In June 2019, Colin received an award from the American Jewish Committee (AJC) for his advocacy on behalf of the Jewish people and Israel.