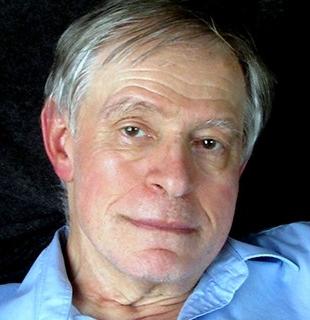 Serge was born in Uzbekistan in 1942 and along with his parents spent time in a displaced person’s camp in Germany, and then Paris before arriving in Melbourne in 1951.

After attending Elwood High he went on to study medicine at Melbourne University and in addition to being a highly respected GP for 45 years was "one of Australia's most distinctive and distinguished writers of short fiction and a major figure in Australian Jewish letters". Over a period of 30 years he published six collections of short stories, was a three time winner of the Alan Marshall award and the NSW Premier’s Literary Award. Serge himself regarded his stories as “universal in their exploration of the elements and enigmas of our common humanity.”

Melbourne award winning writer and novelist, Arnold Zable commented that Serge was a “unique and pioneering voice in postwar Australian literature, (his) “stories are informed by ancient longings, empathy for the traumatised outsider, a yearning for lost worlds, and compassion for those seeking to adjust to new worlds.”

In 2011 he completed the updated second edition of the “Bibliography of Australasian Judaica, 1788 – 2008”. This acclaimed work included information on all publications related to Jewish life in Australia and New Zealand. Serge was the editor of the English-Yiddish publication the Melbourne Chronicle, literary editor of The Australian Jewish News from 1987 to 198 and was on the editorial committee of the Australian Jewish Historical Society Journal.

In 2015, he was awarded the Medal of the Order of Australia (OAM) for his contribution to Australian literature as an author, historian and scholar.

Alex Skovron,  a poet, writer and editor, said in his eulogy that: “Serge was a kind, courteous, softly-spoken individual and a thoughtful, loyal and generous friend. Forever excited by ideas, he relished good conversation and was always willing to question, to seek out, discover, engage. Serious and studious, he could sport a correspondingly understated wit, while his humour could display an absurd, even wicked streak.

He was a person of supreme dedication and immense energy – which he needed, in order to combine his creative, professional and voluntary work with a thriving full-time medical practice. As a doctor, he was revered by his patients for his unstinting devotion and personal concern for their welfare. By nature a modest and humble man, Serge gave of himself freely and generously: the bulk of his editorial and scholarly work was done on a voluntary basis.”