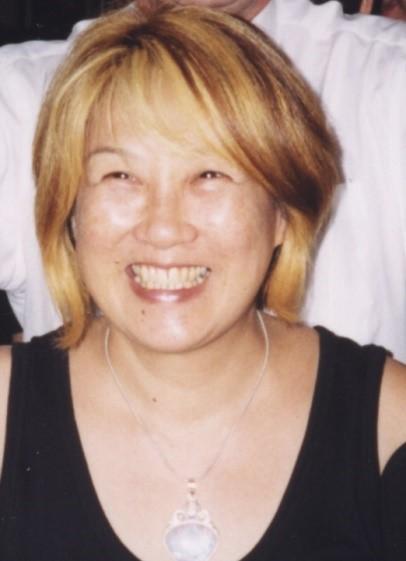 “I attended Elwood Central and then came over to Elwood High in 1962. I was very keen on sport, loved softball and athletics, and was very good at hurdles, javelin and discus. I was House Captain of Strickland, Captain of the Softball Team and was a member of the Athletics, and Gym teams. I spent a lot of extra school hours on training.

“I don’t remember any other Chinese families apart from our own at Elwood High but I never felt that I was different to anyone else. There were so many at the school whose parents were born overseas, we just all got on with each other.”

“I remember the teachers were all pretty good and school days were really happy days. I got on well with Miss Steele who was also my Housemistress. Miss Orpin made sports days fun, I enjoyed English Literature with Miss Whitcombe, who later became famous writing books and movie scripts, and my Maths and Geometry teacher Mr Evans tested my brain power!

“I didn’t mind the school uniform although I wasn’t keen on the straw school hat. I used to sit on it in the bus to avoid having to wear it. I didn’t like ironing my uniform or shining my shoes, so I used to pay a sister to do those chores for me.

“I liked footy and used to have a kick with my brother after school in the park. A few years after I left school, I was training at the Elwood & Elsternwick Women’s Amateur Athletics Club in Elsternwick Park. I got together with some of the other girls from the club and some old friends from Elwood High, and we talked about getting a team together. We didn’t have any uniforms so I approached Jim Cardwell, the then Secretary of the Melbourne Football Club and he loaned us the spare set of Reserves Kit – woollen jumpers and socks.  I rented a ground at Albert Park and set up a mini women’s football league playing against teams from Collingwood, Carlton and Port Melbourne.”

Georgina’s father was born in Pine Creek, Northern Territory, of Chinese parentage. His father owned a farm that included cattle, a pineapple plantation and a timber yard. His workers included aboriginal stockman. He assisted in the evacuation of civilians during the Japanese bombing of Darwin.  There is a “Chin Quan Road” in Darwin named for her grandfather. Along with other civilians, her mother, auntie and eldest sister, then a baby, were evacuated down south and eventually settled in Melbourne. The other children were born in Melbourne, and her parents eventually bought and settled in a large house in St Kilda at 10 Carlisle Street.

After she left school (where Georgina completed a Commercial course), she started work at an advertising agency in Queens Road. At only 21, she became the youngest media manager of the up and coming agency Singleton, Palmer, Strauss and McAllen.

In 1970 she travelled to London, lived there for 15 years and advanced her career in advertising at large companies, Masius, Bates, and Saatchis, working with large global clients. With a desire to work in the US on Madison Ave, she successfully applied for a Canadian Visa and became a Canadian citizen to allow her to work for the largest local agency affiliated with Saatchi and Saatchi.

After a further stint in London, she returned to Melbourne in 1984 and was a media manager for the George Patterson agency and Campaign Palace, amongst other companies, before being headhunted for a Media Director/Partner role in Singapore in 1990 with Euro RSCG, then later with the Bates Group.

During her 12 years in Singapore, she worked on projects for the APEC Summit in Canada as the curator of an exhibition of ASEAN commercials, and participated in a documentary on Creative Gurus in Asia. She founded two companies and was involved in a number of assignments with Global Media companies including International Herald Tribune, Time Magazine and Forbes. A consultant for the National Library Board of Singapore, Georgina was also a speaker at global conferences and a lecturer in media/marketing at the Institute of Advertising in Singapore. Her companies also provided executive training and market intelligence across the region.

This independence provided her with the opportunity to travel, as her client base was wide, ranging from London to Australia.