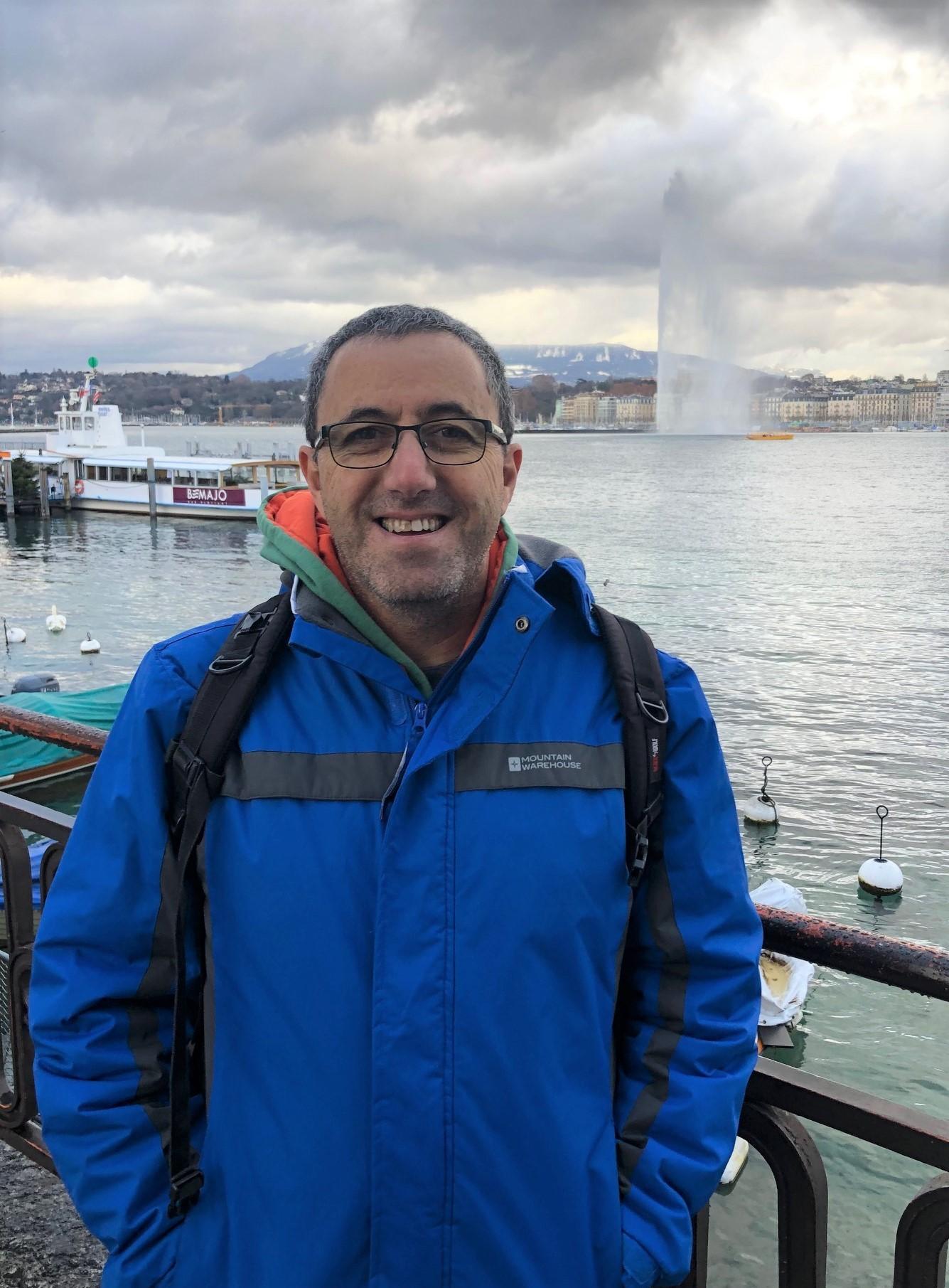 Gidon is an environmental lawyer, founder and Israeli Director of EcoPeace Middle East (formerly known as Friends of the Earth Middle East.) In May 2019 alongside his EcoPeace colleagues from Jordan and Palestine he made a presentation to the UN Security Council to allow water issues to move forward in the Israeli Palestinian context and on the need for the 3 countries to work together to pressure governments to rehabilitate the almost dry Jordan river and save the Dead Sea which has lost one third of its surface area.

“What was so important about my formative years at Elwood (College) was that people were outspoken about tolerating and accepting the other. Every wave of immigrants found themselves at the high school. I had a fantastic appreciation for what multiculturalism and diversity is all about .This experience actually prepared me for peace building”.

Gidon arrived in Australia with his family in 1967, aged 3 and whilst he had no memory of Israel, his family were regularly in touch with his mother’s large family and Hebrew was spoken at home. On a family visit to Israel aged 11, he was struck by the energy of the country and was determined to return.

He studied a Bachelor of Economics and a law degree at Monash University, spent some months on a kibbutz in Israel and returned to the country as a voluntary staff attorney with the Israel Union of Environmental Defence.

In 1993 he received a fellowship to do his Master’s in environmental law in Washington DC and in Israel again a year later contacted Palestinian, Jordanian and Egyptian environmentalists to create the organization - EcoPeace.

In a 2008 interview with Age journalist Jew Topsfeld he commented that this was a wonderful experience in “identifying the common purpose we shared in wanting to work together on environmental issues”.

For the last 25 years Gidon has been the Israeli Director of EcoPeace which aims to bring about sustainable development and peace in the Middle East. The group now has 50 paid staff and offices in Tel Aviv, Ramallah and Amman.

One of the key projects of the organisation is to work with communities on either side of the Jordan River to pressure the three governments to rehabilitate the river and save the Dead Sea.

Groups of water trustees from each community and young people learn about their own and their neighbour’s water reality, and build facilities in their own communities. Activities are designed to raise awareness and knowledge of the shortage of water and for community members to treat water as a limited resource.

In 2007, Gidon was invited to join the prestigious East West Institute's International Task Force for Preventive Diplomacy. He completed a 2007 World Fellowship at Yale University on global leadership and along with EcoPeace leaders from Jordan and Palestine was acknowledged as one of TIME magazine’s 'Environmental Heroes' in 2008.

He is a member of the Israel UNESCO World Heritage Committee and the Israeli inter-ministerial committee for Sustainable Development.

Gidon speaks regularly on water, peace and security issues, including at the UN Commission for Sustainable Development, before the US House of Representatives and the European Parliament. In March 2019 he gave a series of speeches on climate change, water security and national security at Melbourne University, the Lowy Institute and NSW Parliament House.

On May 3, 2019  alongside his EcoPeace colleagues from Jordan and Palestine, Gidon addressed the United Nations Security Council and told New York reporters that “Climate security and water security cannot wait. The failure to move forward on these issues is not only to the detriment of Israelis and Palestinians, but to the rest of the world as well”.