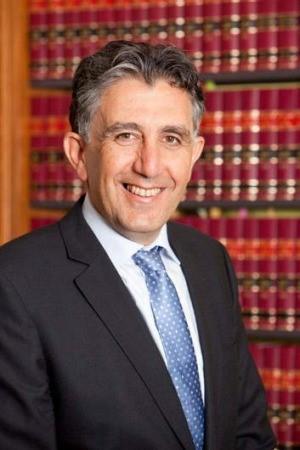 “Attending Elwood High gave me access to friends from a wide range of cultural and socio-economic backgrounds. The multicultural and diverse experiences I had at Elwood greatly contributed to who I am today.  I was also inspired by the dedication of the teachers.

“The school had an amazing reputation for its drama productions which, in the early 1970s, were staged at the Athenaeum Theatre in the city.

“It was also renowned for its basketball teams. We were close to being the best in the State. Sandy Hargraves, the American teacher and basketball coach, was inspirational.”

Mordy Bromberg has been a judge of the Federal Court of Australia since 2009 and a former AFL player for the St Kilda Football Club (1978 – 1981). Born in Israel, he arrived in Melbourne with his family aged eight and spoke no English.

Mordy graduated from Monash University with a Bachelor of Economics and a Bachelor of Laws and was admitted as a solicitor in 1984. He became a barrister in 1988 and was appointed Senior Counsel in 2003.