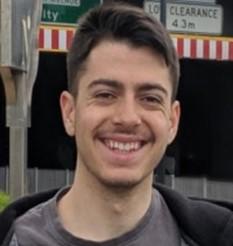 Josh is a Software Engineer and Game Developer working on the Call of Duty franchise at Sledgehammer Games. He has a Bachelor of Computer Science from RMIT University and speaks at conferences and conventions on game development to Australian and International audiences. He won the Triple J 25 Under 25 award in 2015 and was a finalist in the Victorian Young Achievement Awards, Online category in 2017.

Josh enjoyed his years at Elwood College enormously. He loved the culturally diverse and friendly school environment where he felt he could “talk to any student or teacher” and there was a great sense of “camaraderie.” He particularly enjoyed studies in Physics, Maths and English and loved the school’s creative spirit.

He enjoyed playing games as a child, and in a time where there were no coding classes, he researched ways to meet other game developers. He discovered that the Melbourne chapter of the International Games Development Association (IGDA) met in pubs and when he was in Year 8, he attended his first networking meeting accompanied by his father. In the following years he became a regular at industry events and met many supportive industry members including Ross Symons, CEO of Big Ant Studios. By “hanging around” the industry, he then organised to do work experiences and Summer holiday jobs across several studios in Year 8 and Year 9, including Big Ant where he received his first game credit on a XBOX and PlayStation sports game.

It was in Year 9, in Community Projects with teacher Nick England, that he and his friend Liam McLachlan initially worked on Smog Game to educate young people on the need to reduce their carbon footprint. He spent time with Elwood Primary School students, teaching them basic computer skills and coding. This experience was critical for his ongoing role as a teacher, lecturer and mentor to budding game developers. Josh notes that “I wouldn’t be where I am today without these Elwood College experiences.”

In 2014 Smog Game won the STEM Challenge Group Advanced award and the PwC People’s Choice Award and in 2015 collected the iAward for Victoria and then Australia. The iAwards (awarded by the Australian Information Industry Association) were set up to discover, recognise and reward excellence in Australian innovation. Smog Game was then entered in the Asia Pacific ICT Alliance (APICTA) International Secondary School Competition, which took place in Colombo, Sri Lanka where it won second prize. After Year 12, Josh and Liam took the game to market with support of local industry figures such as Tony Reed (Epic Games, makers of Fortnite), Giselle Rosman (IGDA and Big Ant Studios) as well as Epic Games, Apple and PwC Australia. It became available as an App to young gamers through the Apple Store.

Along with the STEM Challenge award came $1,000 in prize money. Liam and Josh elected to donate this money and some more of their own back to Elwood College to set up a STEM scholarship to attract more students from diverse backgrounds. This scholarship was awarded in 2019, through an application process at Elwood College. https://www.stem-scholarship.com/

In Year 12, and keen to get started with professional computer science study, Josh took on two first year university subjects through an accelerated learning program. In 2015, only one year after graduating from Elwood College, he was studying at RMIT as well as working full time as a programmer at Big Ant Studios.

He moved on to Sledgehammer Games as a Software Engineer in June 2017 and shipped several Call of Duty titles, including Call of Duty: Warzone which has over 100 million players. He was one of 6 founding employees of the Melbourne studio.

He finds his current role as part of a small group of core engineers and a now larger Melbourne studio of 100+ the perfect mix of technical skills, problem solving and creativity.