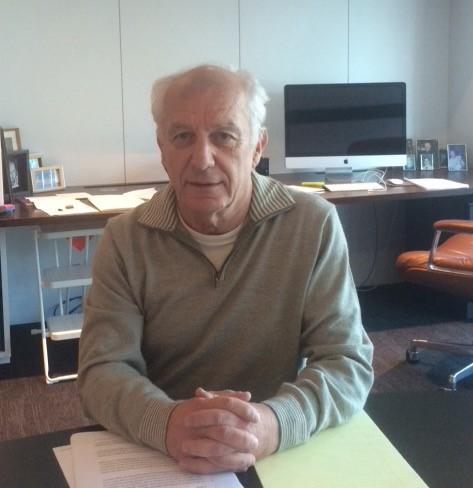 “Elwood High in those days had students from many different cultural backgrounds and walks of life, including some who were doing it tough at home and living in rooming houses.

I have long-standing friends from those days, but to be honest I did not find school very interesting. It was a regimented environment and I did not like being told what to do. I spent a fair bit of time standing outside the Principal’s office.”

Ray Finkelstein was born in Germany of Polish parents, and arrived in Australia with his parents in 1951. The family moved from Northcote to St Kilda some years later and lived at the back of his father’s hairdressing shop in Acland Street, before moving to flats in Hotham St East St Kilda.

He graduated in Law from Monash University in 1970, and then practised as a solicitor and worked as a teaching fellow at Monash University Law School. In 1975, he went to the bar and a short time later set up chambers with Ron Castan, Alan Goldberg and Ron Merkel. The chambers grew into one of Australia’s busiest commercial practices.

He was appointed QC in 1986 and in 1992 served as acting Victorian Solicitor General. In 1997 he was appointed as a judge of the Federal Court of Australia and in 2008 was appointed President of the Australian Competition Tribunal.

He presided over many controversial corporate cases, has a prodigious work ethic, and was known as a “standout iconoclast in a profession that can lean towards self-reverence and pomposity”. (AFR, June 11, 2011)

He retired as a judge in 2011, has returned to work at the bar and is lecturing and mentoring post-graduate students in the law schools at Monash and Melbourne universities.