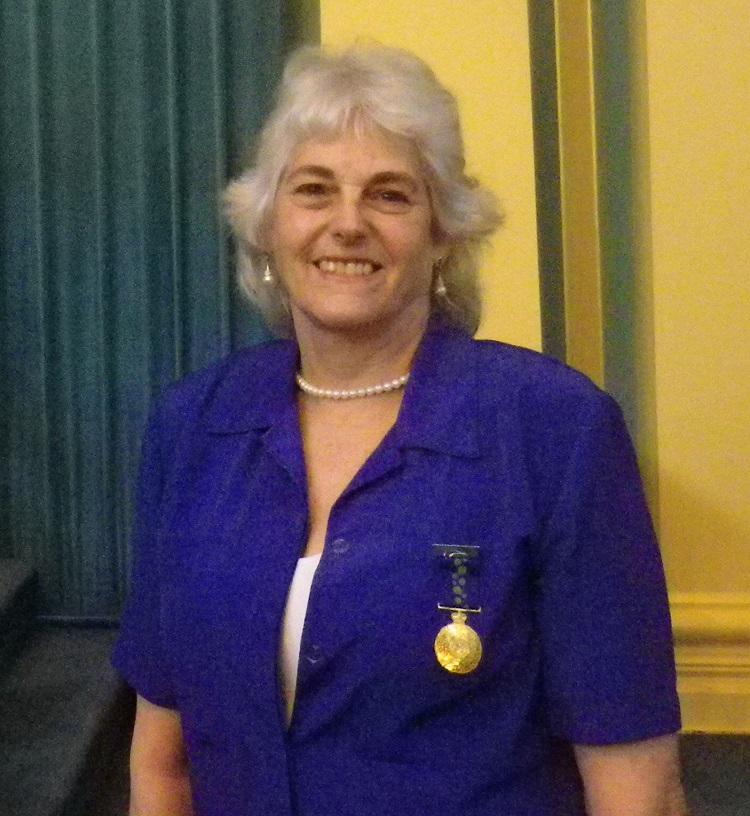 Kathleen Whelan OAM attended Elwood High 1963-66. She was known as Kathy Myer then.

"I attended Elwood Central School in 1961-62, then went on to Elwood High School. I have many happy memories of my time at EHS, and am still in contact with some of my fellow students from those days.

Prior to moving to Elwood in August 1960 I grew up in South Yarra and attended the South Yarra Primary School, from Bubs in 1953 to Grade 6 in 1960.

In Elwood I lived in Shelley Street, and often left home just as the school bell started to ring!

I had many fine teachers there over the years. Some I remember were Mr Clift (Science), Miss Wedd (she used to measure the length of our skirts above the knee!), Miss Purves ("One explanation mark is sufficient, Kathleen!"), Mr Black (Art), Mr Pittock (English? History), Mr Crabtree (French) and Mr Field (a heartthrob to many of the girls. Mr Wade was the Principal, except for my last year there in 1966 when it was Mr Powell.

We had all-girl or all-boy forms in those days, with only mixed forms for some specialist subjects in the more senior years. There were also separate areas for each gender in the grounds, where we had specific areas to sit for lunch, and only all came together for the outdoor assemblies. The canteen was very popular at lunchtimes!

I did very well academically all through my school years (except for Leaving Mathematics, when I was the only girl in an all-boys class for the first term!).  I was a member of the school tennis and hockey teams. I used to help in the Library, with Mrs Jones - cataloguing and repairing books, or recovering them - at the start of the summer holidays when the senior years finished up earlier.

The mix of nationalities at EHS made the school very interesting. There were a lot of Jewish students, and on Jewish Holidays/Holy Days, the population of the school was quite depleted!

I obtained a Studentship for Melbourne Teachers College and became a Lower Primary School Teacher, teaching Prep, Grade 1 and Music at schools throughout Melbourne. I married an ex EHS student in 1971 and had two daughters, before moving to a sheep and beef farm in South Gippsland in 1989. I then began Relief Primary Teaching, as well as taking Art and Music classes. I was one of the early members of the Victorian Orff-Schulwerk Association, attending and also giving occasional music workshops to teachers, as well as community music activities through Parents for Music. I also taught at local Kindergartens for many years, both as the Director and as a Relief Teacher. I will be retiring at the end of this year (2017).

Over the past 28 years I have undertaken a great deal of voluntary community work and held numerous Executive positions on a large variety of community groups in my local area, including kindergartens, school council, Brownies, Pony Club, the local Toora Progress Association, two Council Advisory Committees, the Cardiomyopathy Association of Australia, and currently the Friends of Agnes Falls.

In 2004 I was named the South Gippsland Shire's ‘Citizen of the Year’, and was awarded an Order of Australia Medal in 2015, for all my voluntary community involvements."