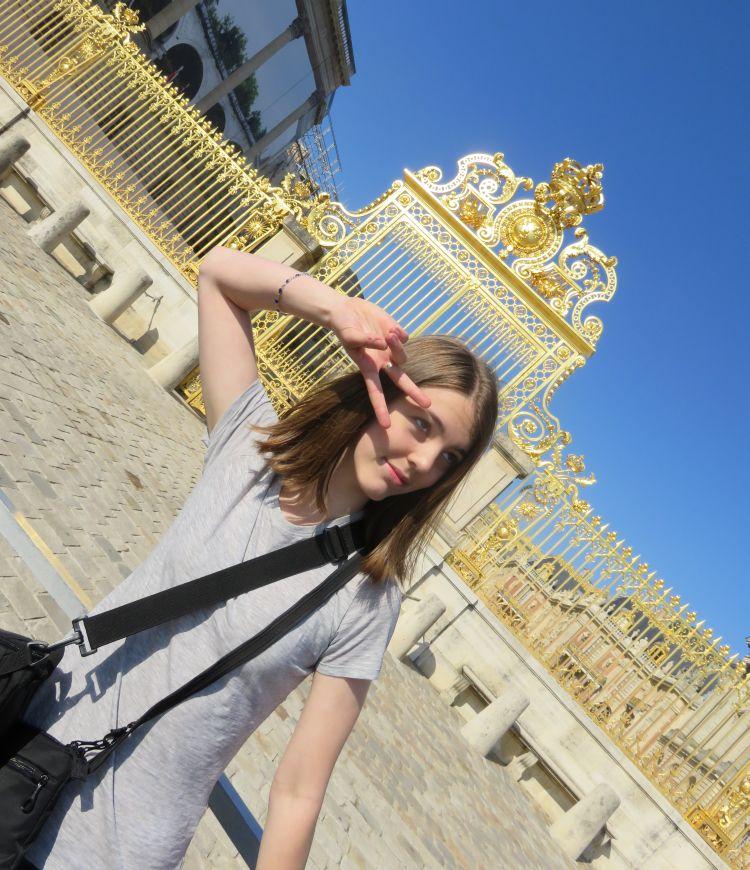 Students learn French and Japanese in year 7, with most choosing to specialise in just one from year 8 onwards.  French is available as a VCE subject.

We offer optional study tours to France in alternating years. Many students also take the opportunity to go on student exchange, taking advantage of our close relationship with the Collège Léonard de Vinci in Bordeaux.

On 10 September, a group of 17 Year 8 and 9 students made its way to Melbourne airport en route to France. We said goodbye to our families and hello to 24 hours of travelling to Paris.

When we arrived, we went straight to the hostel via the metro. The next morning we made our way down the Rue Mouffetard markets and bought bits and pieces for a picnic lunch, which was a perfect introduction to Parisian life. Sadly, it rained – a lot. Over the next few days we visited all the big sites such as Notre Dame, the Eiffel Tower, Sainte-Chapelle and the Louvre.

We visited Amiens to tour the World War 1 sites on a bus with a man named Sylvestre, or ‘Sly’. Visiting the many, many cemeteries, memorial sites and lists of missing people really opened my eyes to the hardships and sacrifices those people made 100 years ago. We saw bomb craters, trenches and everything in between.

After leaving Paris, we travelled to Bordeaux for our homestay. As the bus approached the Collège Léonard de Vinci, we saw our correspondents jump up and down in excitement. We met our correspondents with the customary kiss on each cheek. We went on an excursion to the Dune du Pilat together, the largest sand dunes in Europe. We learned that French kids are crazy, and love to sing. Staying with Mila was fantastic, and I think a lot of us have made life-long friends.

Following our homestay we visited the Airbus factory in Toulouse, Avignon and Nice. Nice was my favourite part of the whole trip – the beaches were beautiful, and the weather was fantastic. We all enjoyed spending some time unwinding in the sun.

When we had to leave Nice, we returned to Paris and saw Montmartre and Versailles. We did our final souvenir shopping before making our way to our stopover in Qatar. Because our plane was late, we missed the flight to Melbourne and had to stay in Doha for 24 hours. Luckily, the hotel we stayed in was nice. We toured Doha in a bus (air-conditioned, luckily), which was interesting.

I loved my time spent in France visiting great places with great people. I had such a good time visiting new places and making new friends. I highly recommend the France trip to anybody who has the opportunity in the future!