Izzy and Clancy in the State Schools Spectacular 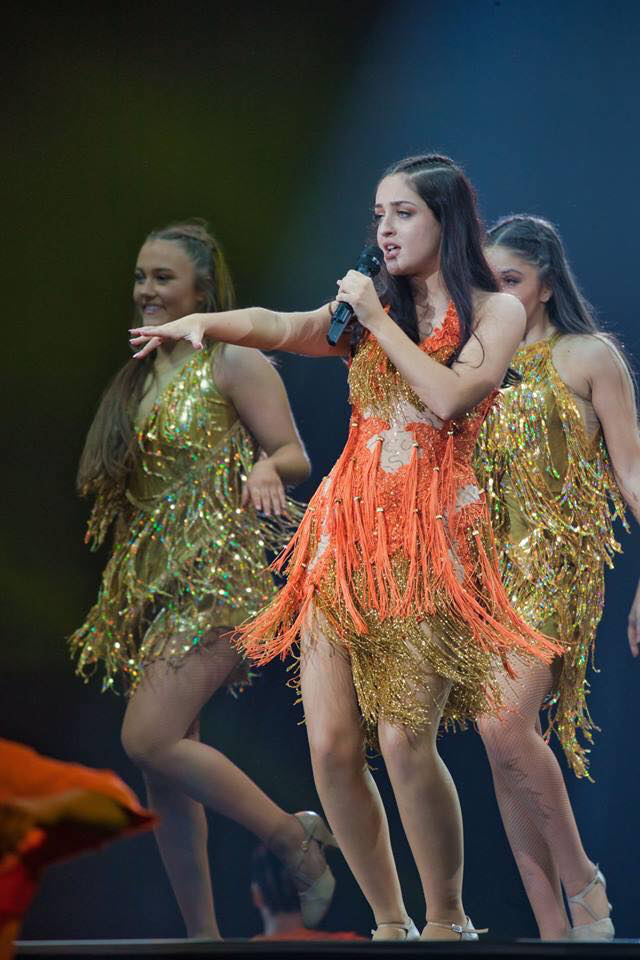 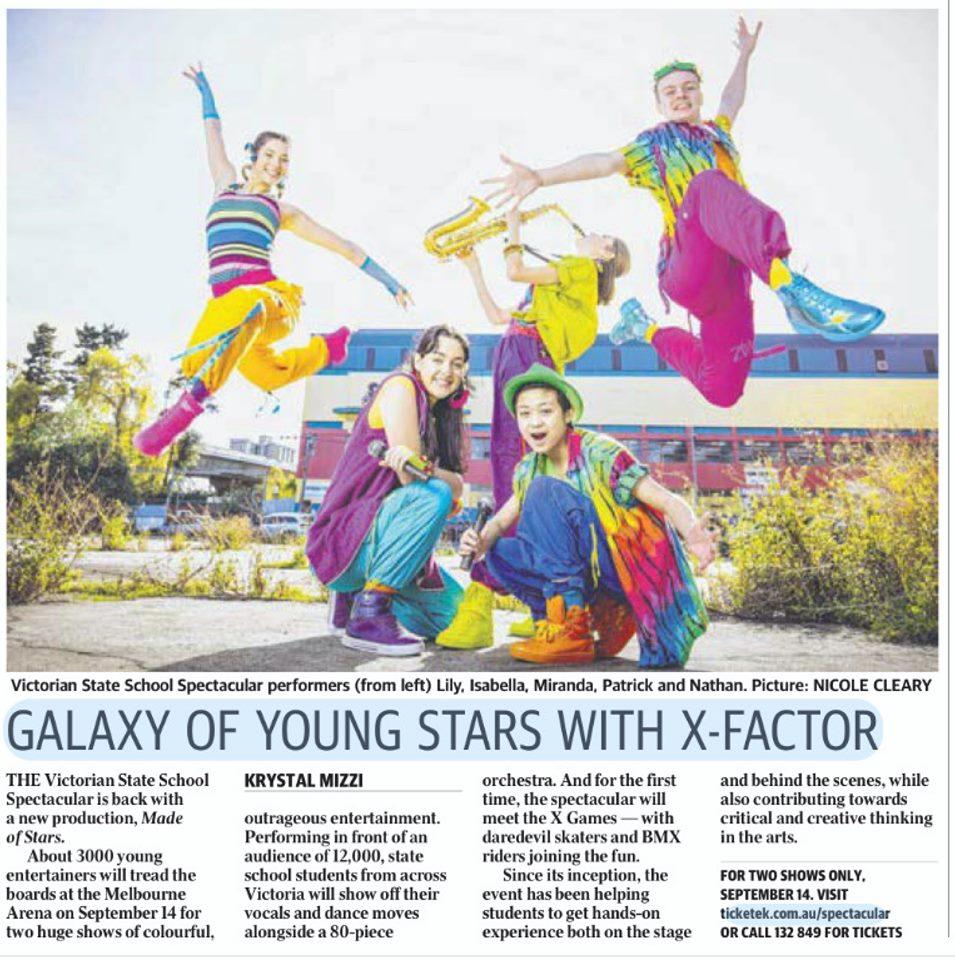 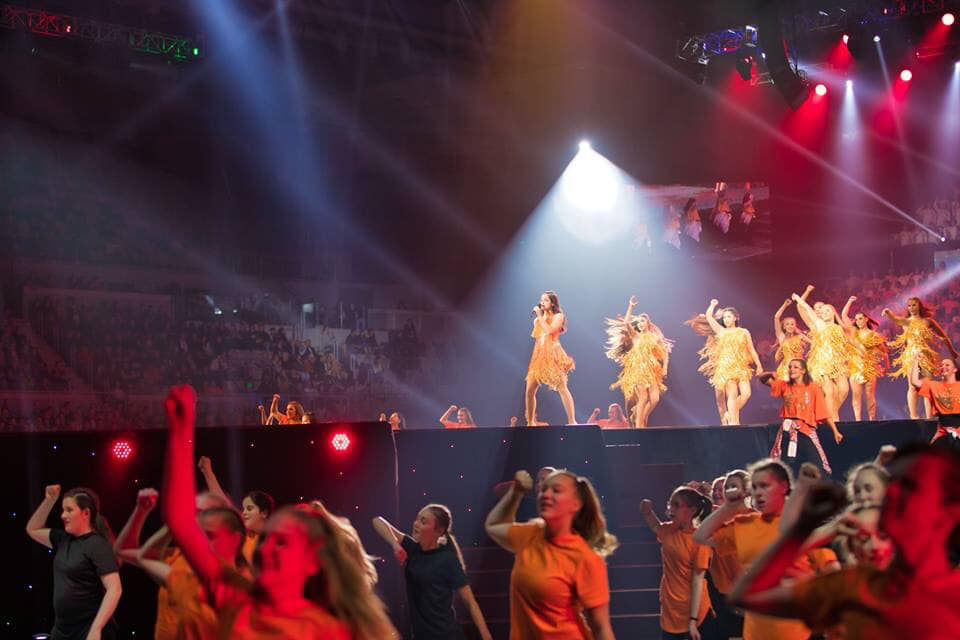 This year, Year 12 students Isabella Hodgman and Clancy Lee will return to the Victorian State Schools Spectacular Stage for the final time as principle vocalists for Made of Stars. As part of their involvement in this massive project, the students have been rehearsing tirelessly and will continue to do so until the September performance date.

Clancy has been involved in the VSSS for four years now, and has had a mixture of roles including principle vocalist, ensemble vocalist and speciality act. This will be Isabella’s fifth year, having begun her Spectacular career in Year 7 in the mass choir before transitioning to a backing vocalist role, and now a principle vocalist for the last three years.

In Clancy’s words, auditions for the show commence more or less “straight after the previous show is done”.

Anyone can audition for the VSSS, as long as they attend a government primary or secondary school in Victoria. To be a mass cast member, students can participate via their schools.

“They’re looking for all sorts of talents, acting, singing, dancing, playing instruments, puppeteers, acrobats, this year we even have BMX riders”, Isabella says.

After casting, rehearsals begin almost immediately, continuing until late August, and include a five day intensive rehearsal week. This year’s show will take place twice on Saturday 14thof September, and will be aired on television in December.

As principle vocalists, Clancy and Isabella will sing onstage while performing choreography.

“All principle vocalists are cast in a variety of different numbers, including solos, duets, trios and small groups, and a range of different genres, from rap to pop to jazz – everything really.”

When asked what they most enjoy about participating in the VSSS, Isabella said it would be “performing on the stage, for sure.

“Singing in front of 10,000 people is an experience that is so amazing and rewarding, the adrenaline and excitement of the lights and people is what I enjoy most about the experience.”

Clancy “absolutely love[s] all the people you meet, everyone becomes a family through the mutual love of music.

“I also really love how VSSS challenges you and pushes you outside your comfort zone. Without the VSSS I wouldn't have the level of confidence I have now.”

The most challenging part of the experience for Isabella is managing and balancing schoolwork and rehearsals. For Clancy, it was “overcoming crippling stage fright”, which she has done thanks to her experience in the VSSS.

Elwood College is so proud of Isabella and Clancy for their dedication to this huge undertaking this year and every year – make sure to catch Clancy and Isabella in Made of Stars at Melbourne Arena on the 14th of September or tune in to watch it from home in December, as this will be the last opportunity to do so!