Tickets are now on sale for Elwood College’s annual whole school production. A cast of 33 students will perform in Skulduggery, led by the Elwood College alumni team who brought you Taletellers, with Harry Stone having written the script, Declan Mulcahy directing and Tully Mauritzen working as production and stage manager.

The play will be on at 7:30 in the Phoenix Theatre from Wednesday 31st of July to Friday 2nd August, giving you three chances to see the show, and tickets are $15 for students/concession or $20 for adults. So, come on down to the Phoenix and support Elwood’s student actors and production team for a night of piracy and adventure!

It is a time of mischief, a time of thievery, a time of pirates!... But it actually isn’t. Turns out it’s 1729, and the pirates are either long retired or six feet under. Except for one Captain Morrigan, her trusty sidekick Billy, and their crew of annoyingly unruly rapscallions. Aboard The Broken Cutlass they journey for the island of Skulduggery, the last haven of the buccaneers, in a quest to restore piracy to the seven seas…

Tickets are selling fast, so book yours at trybooking.com/bdqse or call 9531 9566 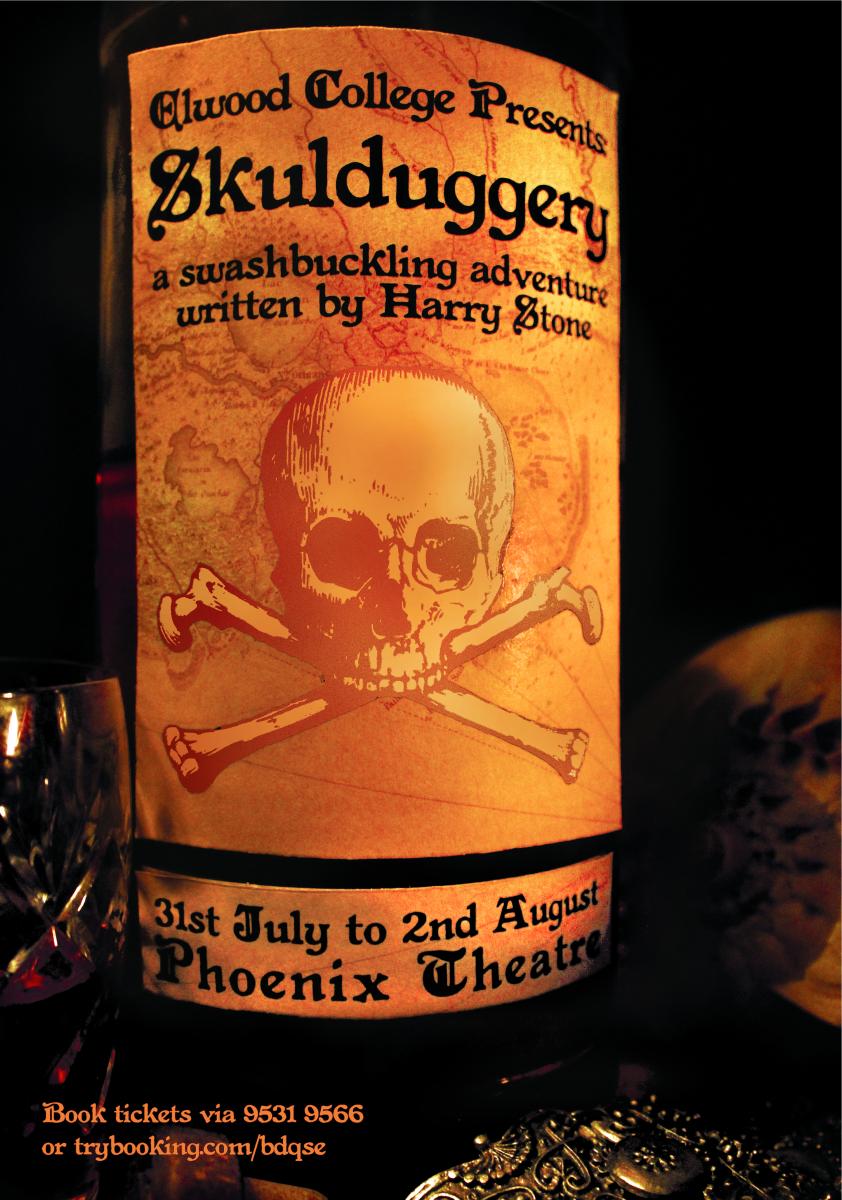