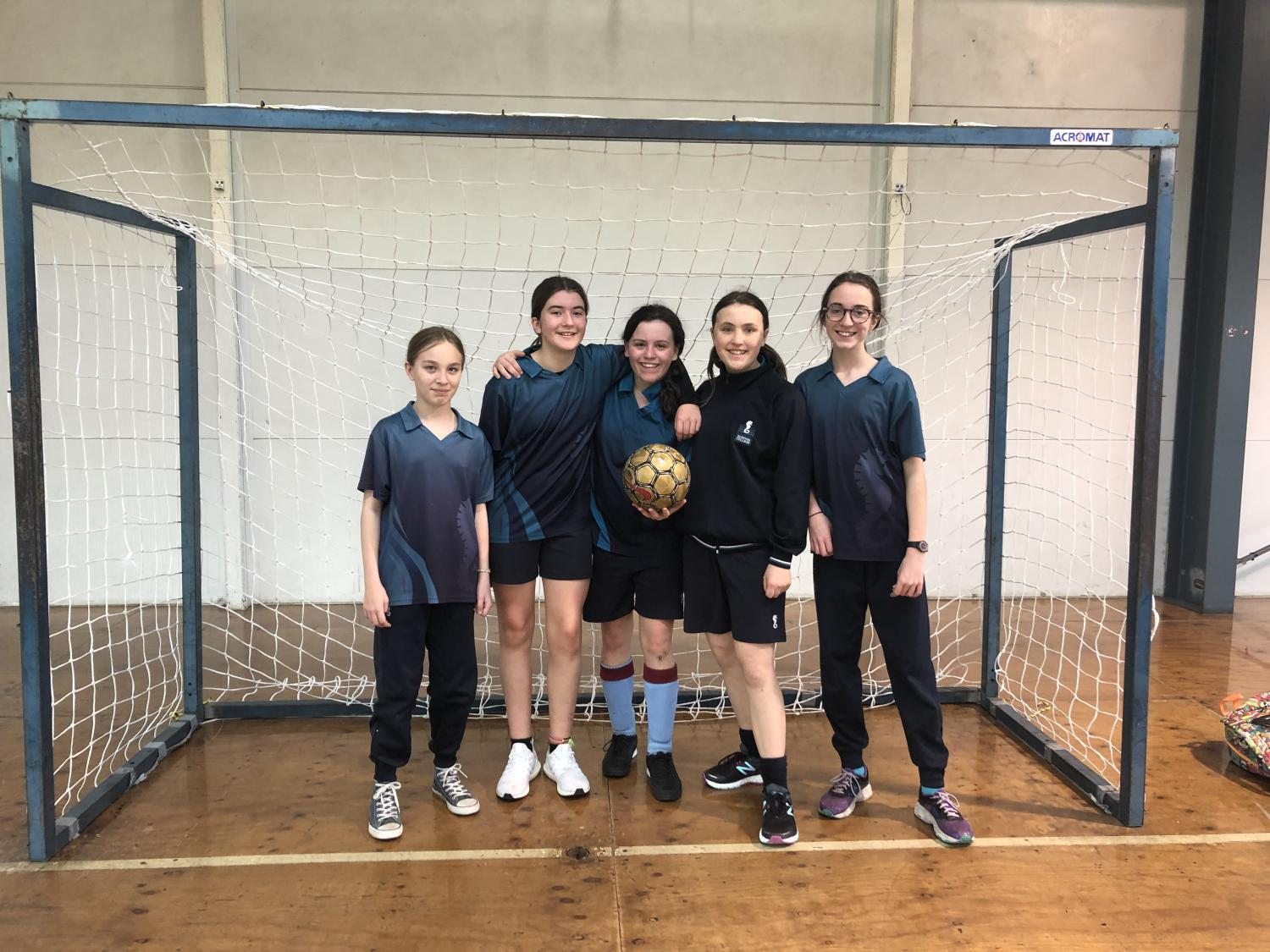 Prev Play Pause Next
The Year 7s and 8s each had a fun and successful day facing off against other schools in table tennis, ultimate frisbee, basketball and futsal.
P.E. teaching assistant Harry Ross reports.
We had our Year 8s go out on sport on Friday the 16th.
Boys and Girls table tennis had a great day at MSAC, improving heaps throughout the day but unluckily falling short in all their games. They both came extremely close to Glen Eira and Beaumaris.
Boys ultimate frisbee made it all the way to the final, winning all but one of their games up until that point. They lost to Beaumaris in the final due to Beaumaris winning the golden goal opportunity. Jack Rankin was fierce all day giving it his best effort, the whole team got heaps better by the end of the day. The Girls team ended up winning all their games and subsequently the whole girls competition, beating out competition from Glen Eira, Beaumaris and Mentone. They were dominant all day and played a beautiful team game with everyone greatly contributing.
Boys and Girls basketball had a fun time in Dandenong with both the boys and girls winning 2 games each. Unfortunately both teams missed the finals despite their great efforts on the day. Anthony Colacino and Nikita Antal both stood out for their leadership for the boys and girls respectively.
Year 7s went out for sport on Tuesday the 20th.
Boys and Girls basketball both had very winning days. The girls won a few games and really gelled as a team throughout the day. Georgia Hammond from Elwood College Basketball Academy led the way on offence and defence with fierce intensity. The boys team won all their games and the final. The team came together seamlessly and played fantastically all day. They will be playing in the regional tournament in Dandenong on November 8th.
Boys and Girls table tennis also had winning teams. The girls team, which comprised of Vivienne Fazekas, Annika Scott, Amelia Zylberman and Silette Kroon, won all their games and will be playing in the regional tournament in Dandenong on the 28th of October. The boys team also won a few games, unfortunately falling short of the finals, but gave it a great effort and greatly improved.
Boys and Girls futsal was a terrific day, with the boys team winning the majority of their games and playing fantastically the whole day, and the girls team winning the whole tournament without losing a game. The girls team with only 5 players managed to be the likes of Albert Park, Mentone, Beaumaris and Glen Eira to be the third team to win their whole competition.
Mixed frisbee had a fun day down at Wattie Watson Oval. With only four teams participating on the day, we ran a round robin which saw all our students have lots of wins and make it to the final, in which we unfortunately we lost to Beaumaris.
The year 7 sports day was one of most successful interschool sports days we've had at the college.