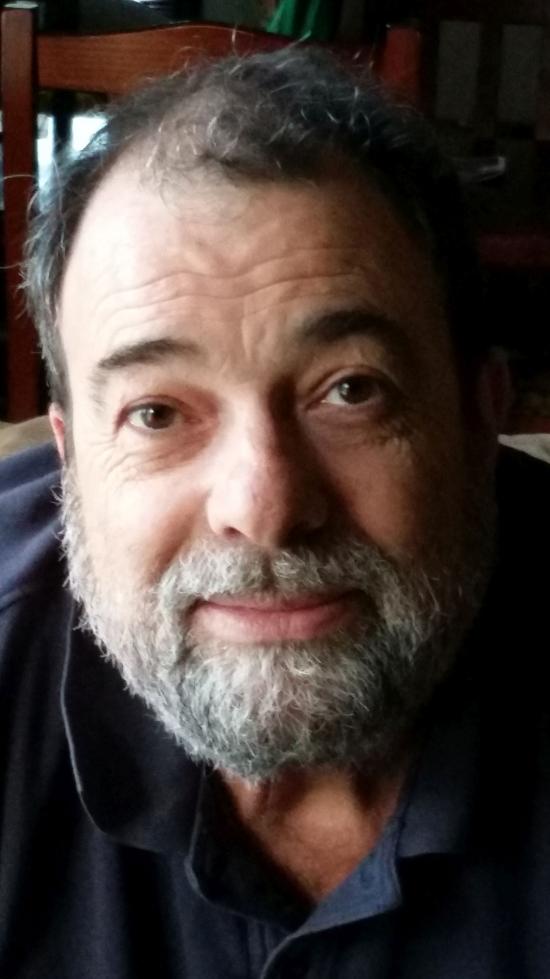 Tiriel Mora is a well known film and television actor, and decided at the age of 5 that he wanted to be an actor. He is best known for his performance in the iconic 1997 Australian film “The Castle” as solicitor Dennis Denuto, and as reporter Martin Di Stasio in the ABC TV series “Frontline”. Tiriel, whose mother was Mirka Mora, the celebrated St Kilda artist, has also had roles in episodes of “Love Child”, “Janet King”, “Home and Away”, “Neighbours”, and in the feature films King Kong (2005) and Dinosaur Island (2014).

Tiriel worked with the now defunct Anthill Theatre in South Melbourne under director Jean-Pierre Mignon and was short listed for a place at the National Institute of Dramatic Art (NIDA) a few times, but was unsuccessful. He said in a 2002 interview that “maybe they thought I wasn’t going to fit in or something. Maybe they were right”.

He said he grew up questioning rules and his “mother used to encourage her sons not to go to school”. He said that he “wouldn’t let” his mother, Mirka walk to school with him “because of the clothes she wore-space boots and crazy stuff like that in the sixties. I had a conservative desire not to stand out. I didn’t want to be ridiculed because my mum dressed funny or just because those kids up the street wouldn’t understand a bohemian artist.”. Tiriel had an independent existence growing up; living with his father Georges in a hotel in St Kilda and Mirka living close by.

Even though he enjoyed what he called seeing the “white bread life” of his friends at school, later on he realised that his “childhood was culturally privileged in pretty much every way, I was exposed to great artists, great art, incredible music and books.“

Down at the family holiday house, Tiriel and the children of famous Australian artists Charles Blackman and John Perceval did “little plays” together.

When he turned eighteen he spent a year in London and then went on to study at the University of New England.

In 2014 he was living in the Blue Mountains with his family and was the associated artistic director of the Katoomba Theatre Company.

Mora commented in a 2002 interview that he was pleased to be recognised as “Frontline's” Martin Di Stasio or “The Castle's” Denuto.''I think it's wonderful that people have that affection for that series and that film…. [they] are part of our language now. They are cultural reference points. I think it's wonderful to be part of that. That's a privilege.''

He appeared in the June 2020, independent Australian children’s fantasy film, “The Legend of the Five” , alongside past Elwood College student Lauren Esposito. The film was directed by Joanne Samuel, (“Mad Max”), who features in an Australian Film (“An Australian Christmas”),directed by past Elwood High student Louis Mandylor, to be released in December 2020.